University of Georgia quarterback Jack Fromm helped lead his team to a 12-2 record this year – and a positive attitude fueled by his Christian faith played a key role, he says.

Fromm, who threw for two touchdowns and 250 yards in Wednesday’s 26-14 Sugar Bowl win over Baylor, was asked this week by ESPN’s Holly Rowe about the team’s mindset in light of several teammates skipping the game to prepare for the NFL draft.

Fromm told Rose it was a chance for younger players to step up.

“We have a ton of [young] guys – this is their opportunity. They’re ready to go out and play,” Fromm said. “They’re gonna play great.”

Fromm’s optimism impressed Rowe, who called him the “world’s most positive person.” Asked what makes him optimistic, Fromm replied, “The Holy Spirit in me. I’m trying to live out the most godly life I can do. I’m trying to influence others and hope they can see Christ in me.”

She also asked if he had a goal for the New Year.

“Influence others, lead people to Jesus … and hopefully shed the light in their eyes,” he said.

Rowe wrote on Twitter Jan. 31, “For the New Year, let’s all be a shining light in this world like @FrommJake. Honestly brought me to tears today with his positive, lovely spirit.  Many blessings to this young man. @GeorgiaFootball should be so proud to have him leading this team.”

For the New Year, let’s all be a shining light in this world like @FrommJake

Honestly brought me to tears today with his positive, lovely spirit. Many blessings to this young man. @GeorgiaFootball should be so proud to have him leading this team. 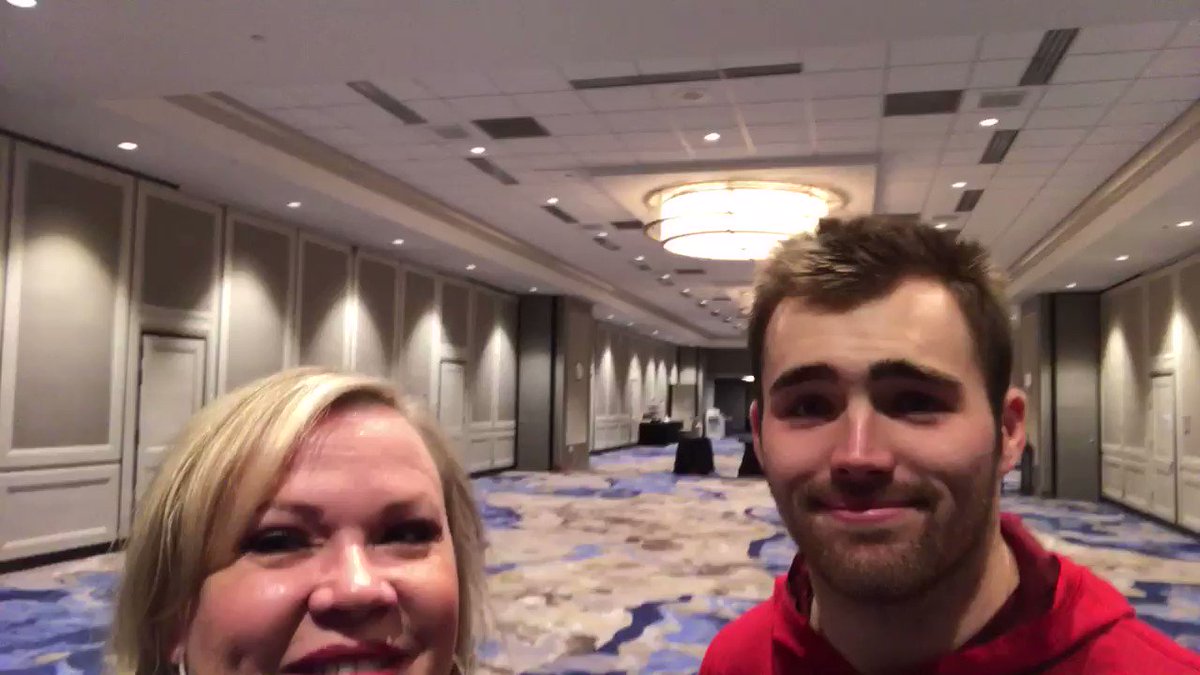 A junior, Fromm has started 42 straight games and thrown for more than 8,200 yards during his career, helping lead Georgia to three straight division titles. He is one of the top quarterbacks in college football, but told reporters after the game he hasn’t decided if he will skip his senior season to enter the NFL draft.

“We’ll talk about that later,” he said

Ye are the light of the world. A city that is set on an hill cannot be hid. Neither do men light a candle, and put it under a bushel, but on a candlestick; and it giveth light unto all that are in the house. Let your light so shine before men, that they may see your good works, and glorify your Father which is in heaven. Matthew 5:14-16